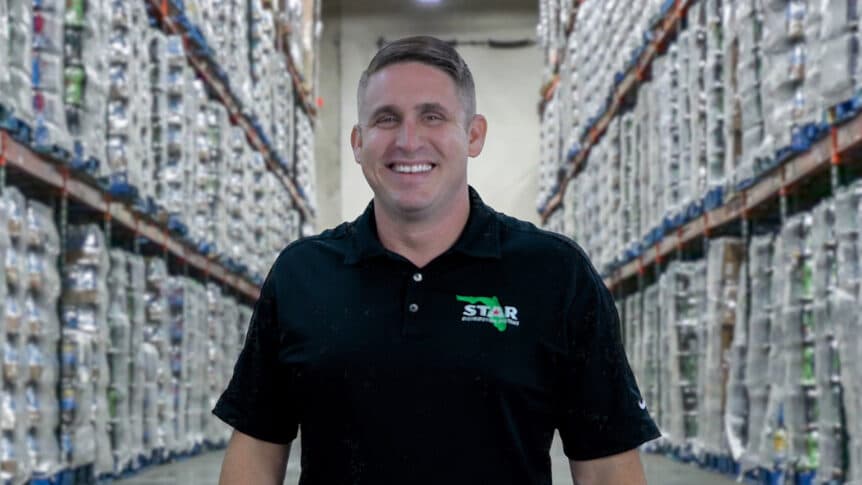 As part of the family that owns Star Distribution, Josh Jimenez started working summers on the maintenance crew cleaning bathrooms when he was 13 years old. He worked his way up the ladder in the warehouse and when he turned 18 began driving forklifts. He attended the University of South Florida, graduating with a degree in Marketing and Management. After graduation, he transitioned from the warehouse into customer service and over the next five years advanced to become the manager of the department. He later worked in accounting and learned every aspect of the family business from the ground up. At the age of 30, Josh was promoted to General Manager and oversees all of the day-to-day operations for Star Distribution, including customer service, trucking, and warehouse operations.

Nine years ago, Josh launched Star Distribution’s freight brokerage operation when he realized that 10-15% of the freight they handled was being shipped out of state. He saw the opportunity to provide even better service to their customers by leveraging their volume with outside carriers to broker freight out-of-state. In 2013, he added Bobby Tyson to his team to lead the freight brokerage services and now this segment of their business has exploded to become one of the strongest growing parts of Star Distribution.

Star Distribution is known for exceeding the expectations of their customers whenever possible. No matter what challenges are presented, Josh is dedicated to meeting customers’ needs. Just this past week due to Hurricane Dorian, the Star team found ways to support relief efforts all along the coast of Florida. One of their primary concerns was to deliver additional hospital supplies and pharmaceuticals in advance of the storm to help prepare for an influx of patients at the hospitals they serve. Ownership, management, and crews all worked through the weekend to increase their volume, including an extra 100 truckloads of water to the areas that were expecting the storm. Under Josh’s leadership, everyone in the company pulled together to go above and beyond for their customers.

With his dedication to the family business and willingness to learn every aspect of the business, Josh is uniquely positioned to lead Star Distribution into the future.

GET OUR FREE 2021 SERVICES BROCHURE
Close